John Fulton is a Registered Patent Attorney and Senior Counsel with Malloy & Malloy, P.L., Board Certified in Intellectual Property Law, and rated AV Preeminent by Martindale-Hubbell. His practice includes all aspects of Intellectual Property Law with a focus on patent and trademark prosecution and related transactional matters, and patent infringement litigation. He has a Bachelor of Science in Chemical Engineering from Cleveland State University, and obtained considerable engineering experience prior to receiving his law degree, with honors, from the University of Miami School of Law. In addition to the Florida Bar, he is admitted to practice in the U.S. District Courts for the Southern District of Florida, the Middle District of Florida, and the Eastern District of Texas, and the U.S. Courts of Appeals for the Eleventh and Federal Circuits. Mr. Fulton also maintains his Registration as a Professional Engineer in the State of Florida. 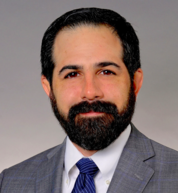 Robert Rodriguez is a Registered Patent Attorney in the West Palm Beach office of Shutts & Bowen.  Rob serves clients in all phases of procuring and protecting their intellectual property.  In particular, Rob handles patent, trademark, and copyright litigation matters and also prepares and prosecutes trademark applications as well as patent applications covering a wide range of technologies.  Rob earned his law degree from Nova Southeastern University, graduating with honors at the top his class, and he earned his bachelor’s degree in Electrical Engineering from the University of Florida.  Prior to his law practice, Rob spent over 13 years as an electrical engineer working in the telecommunications industry where he was a key contributor on the design team for many successful electronic devices. 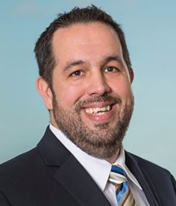 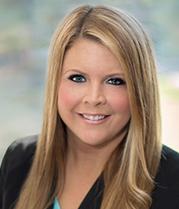 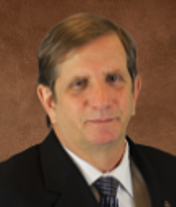 Cameron Parks is a Senior Attorney in the Orlando office of Shutts & Bowen LLP, where she is a member of the Business Litigation Practice Group. Cameron focuses her practice on complex commercial litigation as well as copyright and trademark matters. In law school, Cameron was a Research Assistant for an Associate Dean and received book awards for achieving the highest grades in Mediation and Theater Law. Cameron served as a Judicial Intern for the Honorable F. Rand Wallis of the 9th Judicial Circuit, Criminal Division. Cameron also interned for the Office of the State Attorney for the Ninth Judicial Circuit and participated in a legal study abroad program in Australia. After graduating law school, Cameron attended DePaul University College of Law in Chicago, Illinois, where she received a Master of Laws in Intellectual Property Law.

Bryan Wilson is a Registered Patent Attorney in the Miami office of Carey Rodriguez Milian Gonya, LLP.  Bryan earned his law degree from the George Washington University Law School. His practice includes patent preparation and prosecution, patent litigation, and inter partes review.  He serves clients in the chemical/pharmaceutical and semiconductor industries and has wide experience in emerging technologies such as 3-D printing, nanotechnology, organic semiconductors, flexible displays, metamaterials, and aerogels. Prior to law school, Bryan graduated from the University of Florida where he earned a bachelor’s degree in Chemical Engineering and a master’s degree in Materials Science.  Bryan has previously worked as patent examiner with the US Patent and Trademark Office in the Semiconductor and Nanotechnology art unit, as a patent agent at Foley & Lardner and as a patent attorney at MH2 Technology Law Group.